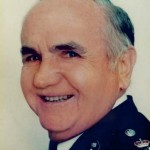 They might be two weeks late, but the individual test results for each of the 800+ applicants will finally be released over the coming few days. Applicants will be emailed a confidential two page report that provides their Cognitive Assessment Score, their Behavioural Assessment Score and their Overall Candidate Score. This feedback (and delay) will be included within the joint review now underway.

Tickets now on sale for the inaugural Rex Threlfo Toast

You are invited to join 400 members, serving and retired on 28 July for what is set to become the premier social event of the year for NSW firefighters – the inaugural Rex Threlfo Annual Toast.

Members who retired over the preceding year will be our guests of honour for an afternoon short on speeches and big on comradery. If you make it to only one send off this year, make it the Threlfo Toast.

Tickets can be purchased online by clicking here.

Unions NSW marked the third anniversary of the 2012 cuts to workers’ comp entitlements with a rally in Parramatta today. The cuts have resulted in more than 5,000 seriously injured NSW workers being cut off from weekly payments and 20,000 workers with long-term injuries losing coverage for medical treatment. Now the scheme is in surplus. Unions NSW is calling on the Baird government to allocate the full $3bn-plus surplus to injured workers and let the scheme do what it was set up to do in the first place: provide much needed assistance to injured workers in their time of need.

Members will recall that prior to gutting workers compensation in NSW, the Coalition Government used the media to spin a case that the system was being rorted by shonky workers ripping taxpayers off, “forcing” the scheme to “near collapse”. This has since been exposed for the lie that it was but the damage was already done to NSW workers. Except for firefighters, who dodged that bullet with a last minute FBEU strike. Click here for the 2012 notice that explained exactly how much we achieved through direct action in defence of our injured comrades – then, now and well into the future.

Please click here for a printable copy of this SITREP