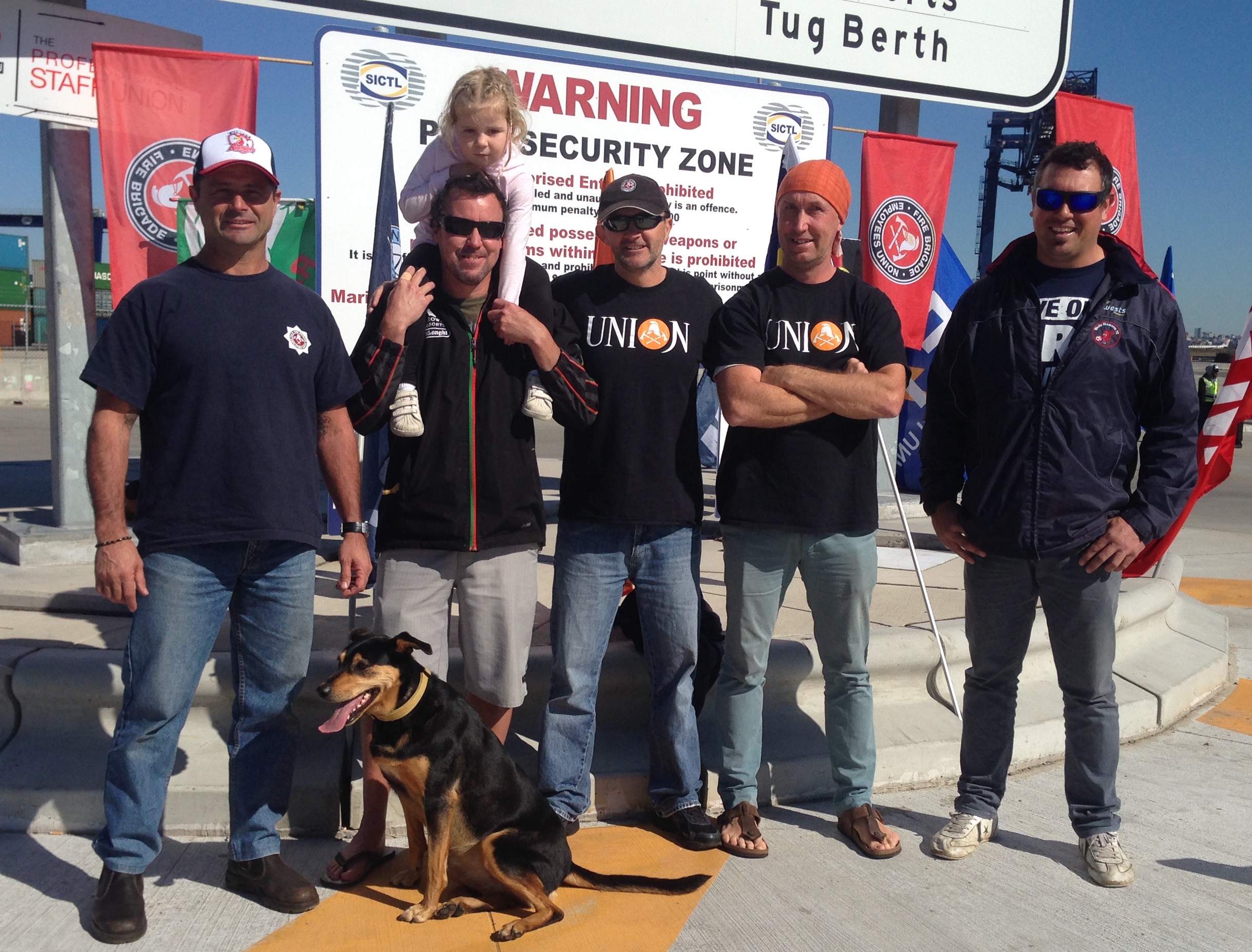 At least one of those stations chose to return to the 10/14 after an eight week trial, highlighting the fact that the 24 hour shifts are not for everyone. The Union’s officials understand this and continue to try to balance the competing interests of members, but the best outcomes occur when members discuss and collectively agree at a station level. Members are reminded that there are more alternate roster options than just 24 hours shifts, and that members always have the right to work their station’s default roster.

War on the Waterfront

Late last week 97 waterside workers employed by Hutchinson’s Ports in Sydney and Brisbane were sacked. They were informed by text message, and then email that “…your position will not be retained. There are no redeployment opportunities. The intended last day of your employment will be Friday 14 August 2015. I realise that this is a lot of information to take in. Accordingly you are will (sic) not be required to attend work effective immediately. We will of course pay you your normal salary to your last date of employment.”

The remaining 127 employees walked off the job at 0700 last Friday in defence of their workmates. Hutchinson’s is in the process of introducing new technology on the wharves that will lead to job losses. The Maritime Union of Australia recognises this is inevitable, but wants decent redundancy provisions in place. Hutchinson’s is instead using this as a chance to break the union on the wharves.

The MUA is one of the country’s strongest unions, and is constantly in the firing line of aggressive employers looking to undermine them. This dispute is the most serious in decades. If the employer can defeat the MUA at Port Botany, then every union in the land is vulnerable – FBEU included.

A 24-hour community picket is in place at 2 Foreshore Drive, Port Botany. The Union is co-ordinating support activities and off-duty members are encouraged to drop by if you can to offer support.

For a printable copy of this SITREP, please click here.