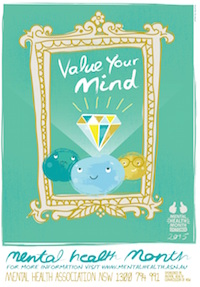 Intensive negotiations between the Union and the Department concluded this week with an in-principle agreement on the 2016 Permanent and Retained Awards. Both Awards remain subject to member endorsement at the upcoming general meetings. As promised in last week’s SITREP, electronic versions of both of the Awards in full are available online, accompanied by a summary document for each Award showing the changes only. Members should carefully consider the draft Awards and email the Union office any questions you may have.

The proposed Permanent Award incorporates the 24-hour shifts, alternative roster and change of shift arrangements adopted by the March 2015 SGM. These changes are already in place and have been highlighted in blue, with any new changes marked in green (additions) and red (deletions).

The Award also builds on the progression/promotion reforms of the 2014 Award, including the new recognition of prior service provisions. There is a new Interstate and International Deployment clause, detailing entitlements so as to avoid the disputes that have previously followed interstate and international incidents. The Annual Leave clause has been amended to confirm the swapping of leave groups and to allow operational support members to continue to take annual leave outside of the leave roster. Clause 28 has also been changed to simplify the appointment process for Newcastle Communications, remove the “three strikes” provision and ensure that members are released to take up an offer of transfer within 28 days. Rates of pay and relevant allowances will increase by 2.5% on and from 19 February 2016.

Click here for a full copy of the Permanent Award

Given the major structural reforms of the Retained Award in 2014, both parties have agreed that those changes should be given another 12 months to settle in. Therefore the Department and the Union will continue the commitment to review and refine the new software system, Retained Timesheet and Availability System (RTAS) over the life of the Award. Additionally, rates of pay and relevant allowances in the retained award will increase by 2.5% on and from 19 February 2016.

Click here for a full copy of the Retained Award

October is Mental Health Month. This year the theme is ‘Value your Mind’, encouraging us to value our mental health and wellbeing just as much as we maintain our physical and social health. Similar to being physically healthy, maintaining a healthy mind helps to prevent mental illness.

For a printable copy of this SITREP, please click here